Despite my original destination of the Castillo de San Marcos (St. Augustine, FL, fort, a national monument) being closed due to the current politico childishness, the St. Augustine Lighthouse & Museum more than made up for the loss.

Good thing I’d been using stairs in Findlay at Marathon all these past months since the climb to the top is a daunting 219 steps, or 14 floors (as my FitBit proudly confirmed once I’d reached the top and was still breathing). You do get to rest at multiple landings (which graphically remind you how little you’ve climbed and how much more to go), but the climb and view is worth it. Despite 20+ mph winds, the lighthouse is amazingly sturdy. Well-built in late 1800s, it’s survived many a storm and few hurricanes so not surprising it’s still standing and solid. Oh, and should you think lighthouse keeper is a cushy job, before they switched the mechanisms to electric power in the 1930s, said keepers had to carry a 20+-lb. can of lard oil periodically up those 219 steps…plus wind-up the 275-lb. weight that revolved the lens.

Nicely preserved grounds and displays, as the photo journey below shows. 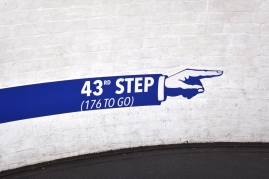 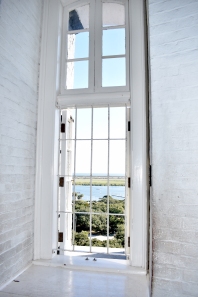 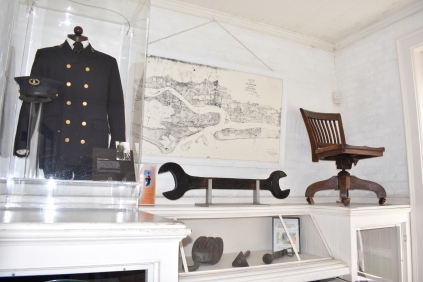