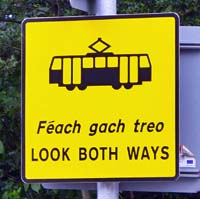 Look both ways, keep an open mind, try something different. Such are the attitudes de riguer when traveling to a different culture, at least, if one wants to grow by going outside the familiar.

When I ventured to Ireland for a horizon-expanding 10 days, I knew I’d experience things different from what I was used to here in the states. To me, part of the joy of travel comes from venturing outside one’s comfort zone, and with an open mind. Too many of us travel expecting all the comforts and conveniences at home, which if so, begs the question:  why not just stay at home?

I knew that Ireland was a “wrong side” driving experience, that they eat things like black pudding (tried it), and drink black beer. What I didn’t expect was some difficulty in being understood, or in understanding them. Even though English is the base language (some would argue we Americans speak American, not English), the varied accents made interpretation a challenge. I don’t think we ever understood any of the bus drivers, instead smiling and putting money in the till until the receipt printed out.

The highlight of the language wars had to be a visit to Burdock’s, THE fish ‘n chips place near Christ Church. As we ordered, the cook (owner?) asked if I was American, to which I said “Yes.” He then paused, and pronounced, “Texas?” Eerie. I don’t think I have much of an accent, especially since I’ve spent over a year up here in the Midwest. Yet there was proof of my true culture over the steam table of a Dublin Fish ‘n Chips place. Either that, or we stumbled onto an amateur linguist who actively practiced on unwitting tourists.

All the differences and subtle twists on familiar things were a constant source of entertainment. From candy bars to kitchen appliances, signs, magazines, book covers, foliage, and oh yes, bathroom “pottys,” it was fun to see other possibilities. I’ll give Irish/British chocolate bars the nod, loved our host’s electric tea kettle (which I’m now the proud owner of one, Americanized of course, although surprisingly difficult to find), Irish stews, Shepard’s Pies, and do I need to re-mention properly “stored and poured” Guinness? But I’ll keep our driving style and bathrooms, thank you. The first pub we went into presented my first loo-dilemma:  what is the proper way to use the trough? With a fronting ledge too narrow to stand on, but too wide to aim over, I was a bit puzzled. Fortunately, as in most things of this sort, someone comes along to show how it’s done. Be grateful I didn’t have my camera with me, although even loos don’t escape the Irish sense of humor. 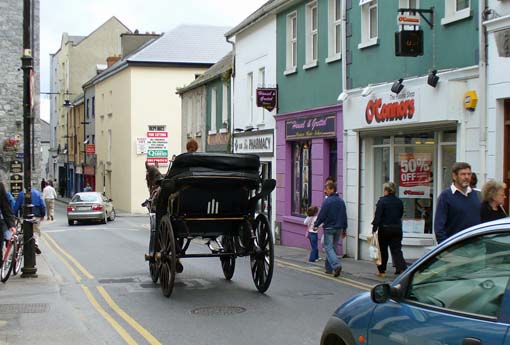